Overlooking the Rhine River a castle demarks the kingdom.  Actually it towers over the subject lands of history.  Travelling through the UNESCO site in the Rhine Gorge brings history to the present.  The conversion of an old fireball to daycare is a visual reminder that there are changes growing up around us.  History is a lesson book with images. 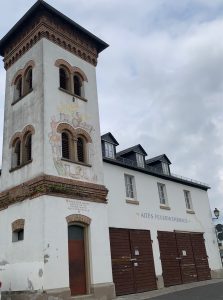 The steeple reminds the observer of fire-spotting days, before the telephone.  My mother puts it succinctly, before all that new stuff.  Before the combustion engine, before the radio, before the television, before the war and before my children were born.  My son sees it differently, a modest deception is merited for a photo op. 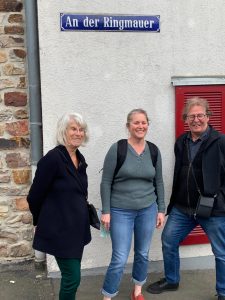 Yet in the wrought iron wrappings of history there towers a truth that will emerge with time.  There will be new castles raised as monuments to power and then remembered only for their landmarks on the highways of change. 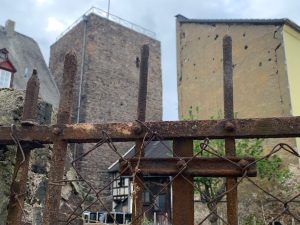