Walking along the preserved walls of the city of Dubrovnik, the fortification was obvious.  This was a walled city and the stones speak out about a history of invasions and conquest and surrender.  The walls are a few kilometers from current conflict and a few years past the last breach. 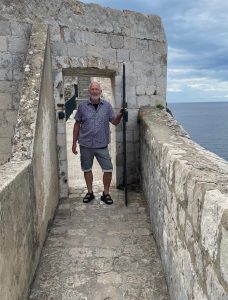 In the Mediterranean Sea below the ramparts the cliff divers launch into the air seeking thrills as the splash into the waters below.  The divers, like the city, seek challenge and opportunity.  Yet the rugged rocks and the fiords of the coastline remind us that walking on water takes more than an army.

The watch person in a celled lookout paints a spectator’s picture of an encroaching skyline.  In the domed abode the thunder of sky and sea are quieted.  This is a break from the routines of summer.  A planting of another flag.  On street monuments and corners the mounted memory of Marin Drzic (The Croatian Shakespeare) points the visitor to a culture steeped in literary tradition and historical pride. 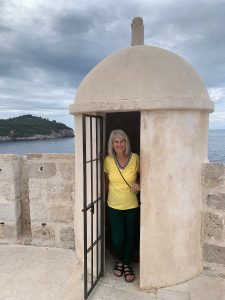 In the city Centre the stores are rolling out barrels of sweets. Colouring memory with the flavor bursts of history, a sweet recall in a world war-worn and weary. 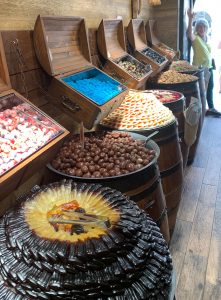