The title mosque, the Hagia Sophia was the begining of touring palaces, museums and other places of worship. This building was a Christian church built originally by the emporer Justinian I in the sixth century and for the next 1000 years was the largest covered space in the world. The church was looted by the crusaders in 1204 and became a mosque in the 15th century. In 1935 it was converted to a museum and is the top attraction in Turkey. 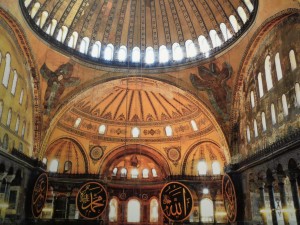 Outside the walls of the old city of Istanbul they built the Chora Church and in history it was reconstructed at least five times. The 1312 mosaics funded by the poet Metochites.. Most of these were covered or modified as the church moved through time. Yet in one of the domes there is a great mosaic that depicts the lineage of Jesus on the male side. Our guide was somewhat baffled by this sexist quirk of history as she had always believed this to be the genealogy of Mary. Another tourist simply said with a smile, “This story is not finished.” 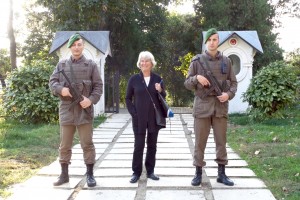 The palaces are gaurded and the city is protected and Margaret could make them smile! Yet on the side streets the Syrian children (this one about 12 years old) beg for money. Some genuine and others opportunistic. Both desperate. 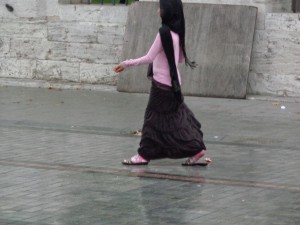 This is also a city of patterns and colours, delights and artisans, people with an opinion finding expression in the face of state repression. 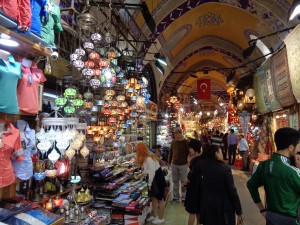 Ceramic guitars with detailing that would pimp any axe! 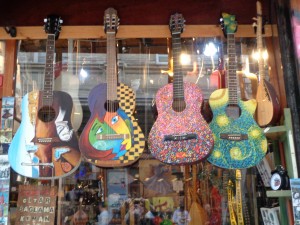 Waving umbrellas with an artistic twist! 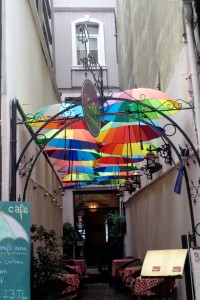 The vistas and the details are a cornucopia of stimulation. Here a sound, (yes the calls to prayer cut through every conversation) there a cascade of colours and at sundown swirling dervishes in meditation. Seven hills with vistas! The political landscape crowded by the populist striving for the ideals of the democracy and the centralists state striving for a stronger integration of religious experience. 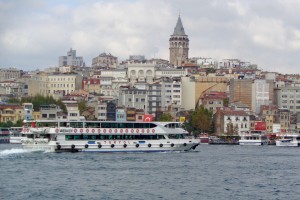 One thought on “Istanbul – Recycled Churches and Other Irregularities”