Legends and stories combine.  On the Nile, one of the riverboats we used was called the “Titanic”.  The captain was proud of the tourist attraction the name was — it was valuable for tips, valuable for story and valuable as a translinguistic adaptation of events without words.  The river captain turned the rudder over to anyone for a photo-op and tip-op.  On the ceiling abandoned good-luck charms — teddy bears, crystals, dolls and pendants. 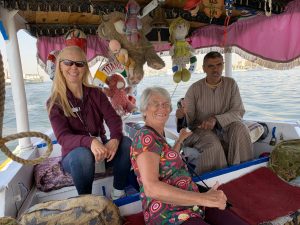 The truth of the Nile is that it nurtures a narrow band of agricultural land and that farmers and fishermen struggle to earn a living. 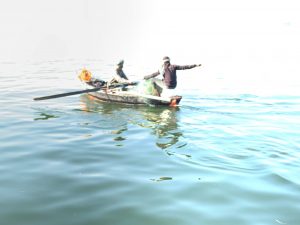 The truth is embedded somewhere in history.  One fellow visitor remarked, “If they would have built waterways for irrigation rather than temples many would have lived.”  There is that sinking feeling that this country has not balanced the life-styles of the rich with the survival of the poor.