Looking through a glass, not so darkly, but rather layered with a morning mist that the temperature change tinted over the windows I could see the rolling waves of the Pacific Ocean.  These were warm waves.  On their breaks surfers crested as they blew kisses to the sun. 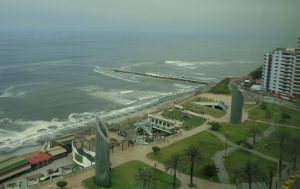 Walking along the Malecon and there, just like last night, was the statue crafted by Victor Delfin.  The El Beso captures a kiss exchanged between two lovers.  The legend and custom (try separate those) has it that lovers would swoon in the park and see who could hold the longest kiss at sunset.    We believe the selfie says it all…. The only way we could capture the statue and ourselves was to stop long enough to let the image capture. 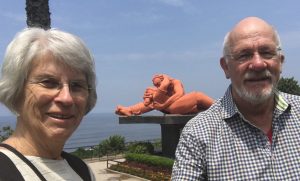 Surrounding the El Beso was a walled garden coated with mosaic detail.  In Lima, a city of nearly 10 million people, finding romantic-moment privacy was simply a matter of ignoring everyone else.  Sometimes just letting the world go by clears the mist. 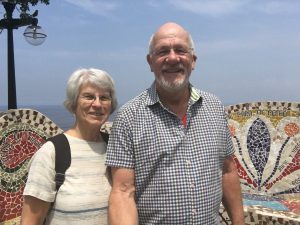