In the museum of musical machines an awareness of the evolution of digitized instructions emerges on cylinders, punch-cards and discs.  Before the “computer” these devices were the advent of a new technology — the advent of the algorithm. 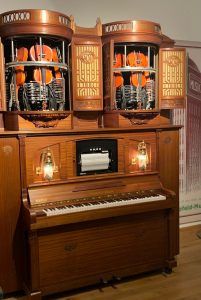 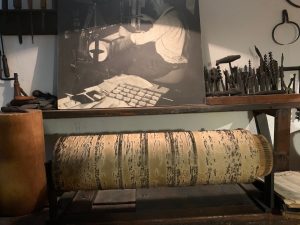 For an “organ grinder” on the streets of most major European cities at the turn of the century, drums like this could contain up to thirty songs and the organ grinder could select the appropriate tune for the audience and enhance his gratuity generated income. 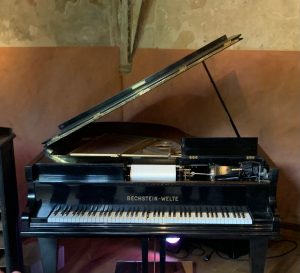 The introduction of the “Bechstein-Welte” marked a new era in programming, in robotics.  This piano was capable of recording the subtle variations of skilled and schooled musicians.  The player cards produced, contained not only scored interpretations, but also the aesthetic variations of the musicians.  Musical machines foreshadowed an emerging technology by almost a hundred years.  What futures are hidden in the arts of our times?