It was a sunny morning and the students proudly adorned us Canadians with “pipe cleaner” poppies.  They were studying the First World War and had come to the cenotaph in Olhao to commemorate 100 years since the end of the First World War.  (Portugal tried with degrees of success to remain neutral in the Second World War and subsequently had their own colonial wars.) These students in their disinterest and enthusiasm knew something important happened, that people died was a distant concept. 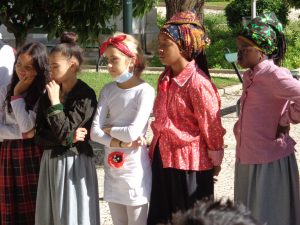 The students listened with intention as one of their town told the story of a world war in two minutes.  One of their teachers took the time to welcome us and explain what the students were doing.  They made us feel part-of.  We joined them in community. 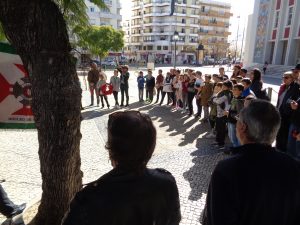 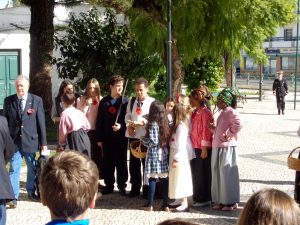 Having spent many Novemebr Remembrance days standing in the drizzle at memorials in the lower mainland, being in the sunshine in Olhao was special.  Being poppied (yes, they attached large paper poppies to us) by students was special,  Seeing a next generation struggle to understand that 150 young men from their town died in the First World War and did not come home was the most special of moments. Margaret and I were both born in Holland and immigrated to Canada right after the war.  Our family stories of war are raw with wounds of loss and rich with the celebrations of liberation.  May each of you find Remembrance in your own way.  Maybe we might eventually learn that bullets can kill people but do not create peace. 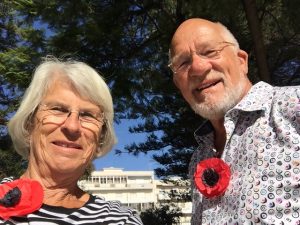