Counting bodies in graves has never been about recovery. Has never been about making peace. Memorials like this one at Vimy Ridge were placed so that the war stories get told. Memorials were created so that the stories of our human aggression and self-centeredness continue to point us toward peace and reconciliation. 100 years after the battle for Vimy Ridge I was struck by the practical reconciliation demonstrated in the memorial museum where every note, sign and video were presented in three languages. This was not about winners or losers, this was a memorial to our insanity. Many stories are like that — insane in the telling but moving in the reconciliation. 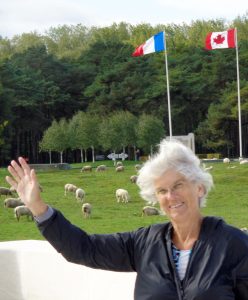 There are three very disparate thoughts floating through our conversations. The first is that this is one of the few occasions we have seen the Canadian and French flag on one field. The second is that the French nation gave the site for this memorial to Canada into perpetuity. The third is that those sheep keep this entire site grazed. The practical lessons might make us farmers! Getting Margaret in the picture has ulterior motives. 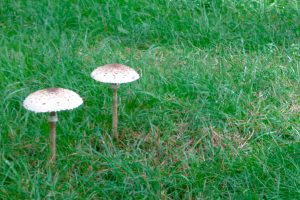 The secondary benefit of sheep is mushrooms!! 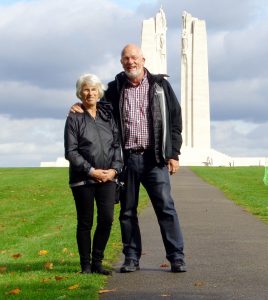 We pause along with the rain, long enough to remember and have our narrative reset by the scale of this battlefield and the shared value our allies placed on Canada as we joined to launch the initial League of Nations. Hoping for peace. Idealistic. 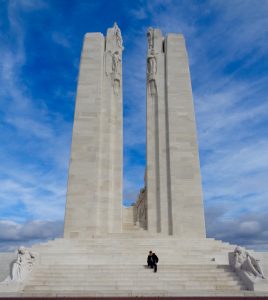 At the base of the monument I paused to consider my own war stories and the insight required, into all the variations of that truth, so I could tell a truth that was not only war story but rather a sharing of lessons. War stories have a way of exposing the truth many years later. There is nothing grand about war, but in the remembrance there is the foundation for hope. In the shared story there is community. Redemption is like that — the only thing that matters is the new living! Will my story of redemption speak.

One thought on “War and Peace and Recovery”