The archways in the Cathedral in Barcelona frame the side seats on the way to the altar. Pausing at eventide in a city overgrown with image and metaphor is a break from the visual feast. Each plaza a stage for some representation, some symbol of hope, some nemonic device. 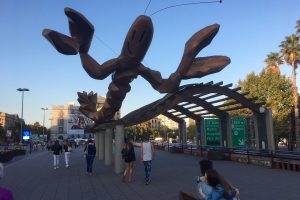 The oversized scorpion would make Hitchcock a mere piker in the arena of fear. Once you have walked beneath these pincers will sleep ever be without terror? Will the giant walk across your dreams?

Could the Lion be resurrected for a reprise? What would CS Lewis say if we brought the Lion back to full glory? 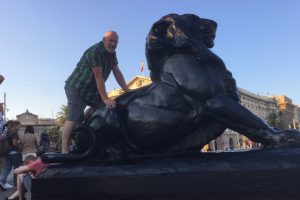 In the hillside the Cementiri de Montjuic is 75 acres of burial site. Stacked and interwoven with some great art and an area of concern for locals who are somewhat taken aback that the cemetery has become a tourist attraction. 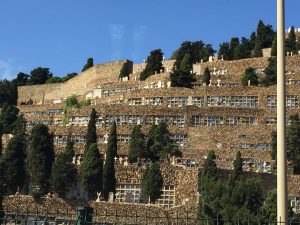 In the architecture of buildings there is a hangover of effort. A cantilever that reaches beyond the possible into space that would be left untended. A broken mold and a visual feast. 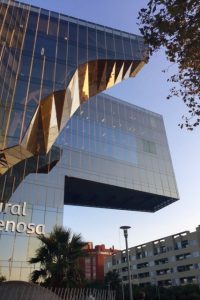 In the streets there are domes and arches everywhere, Gaudi did not have a monopoly on breaking the mold. Between the Catholic Church and the Muslim Mosque there are a few blocks. Between their arches there is a shared history! 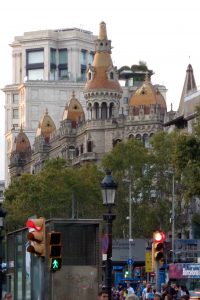 The Golden Arches are truly latecomers to this architectural style. Under which arch you rest your belly might tell the whole story! 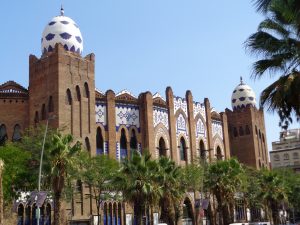