Between the Catalan attempt at a voted voice and the Parisienne attempts to make the Champs de Élysées safe there was this other news clip from Las Vegas. More dead, more injured. Somehow we have built a society based on arcs to celebrate heroes and victories. We took one photograph at the “Arc de Triomphe” in Barcelona and the other at the “Arc de Triomphe” in Paris. The difference may only appear to be the colour. In Paris there was a parade of American soldiers laying a special wreath in memory of the lost and fallen soldiers. The Arc in Barcelona was ironically exposed by the Catalan flag-waving and subsequent independence debates. 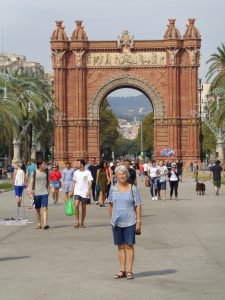 The parade around the arc in Paris was led by a “smiling” military police officer that carried gun-culture in his arms as he made way for those remembering the loss of life in a world war. 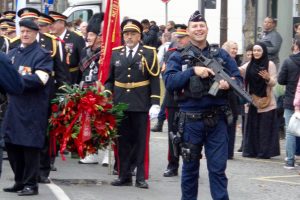 The parade proceeds around the arc and as all traffic comes to a halt, annoyed by remembrance, the horn blasting and siren whistles disturb the peace. Remembrance is subject to convenience. 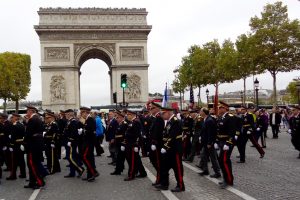 We are left with this wondering cross current of events. The question that keeps emerging is the role of hero worship in our culture. Is the gun the hero. Thinking about Catalonia, Paris, Las Vegas and wherever else bullets are putting holes in bodies. The thought passes quickly as the monuments of daily living — breakfast, laundry, exploring, reading, and even creating selfies sublimates the darker nights of our souls. It could be that our leaning on horns, our unwillingness to memorialize loss, our celebration of success and even our cultured inability to grieve all culminate in a society that is disconnected from the reality of loss. A society that may not need redemption. May not even understand renewal. 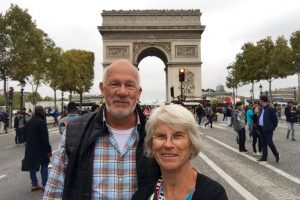