Being on the road for the past four weeks and away from the Last Door has focused my memory (that which remains!) on the impact David Pavlus has had on my life as teacher, mentor, peer and friend.  He will tell you bluntly that I over-complicate things.  Allow me.

In the sixties Daniel Boorstein wrote a book called Image Makers.  His thesis was and continues to be that there are individuals who reach beyond expectation into our daily living to effect change.

Henri Nouwen in a 1978 book entitled With Open Hands goes one step further and calls these people revolutionaries.  “Who are these revoloutionaries?  Critical prophets are people who attract others by their inner power.  Those who meet them are fascinated…. All who meet them get the irresistible impression that they derive their strength from a hidden source … Freedom flows from them … Giving them an independence which is neither haughty nor aloof, but enables them to stand above immediate needs and the most pressing necessities.”

These are a tall order and the collection of images in this blog are simply scaled exaggerations.  Yes the John Deer is rusting.  But, it works!  The chess game is a game, but it stretches. 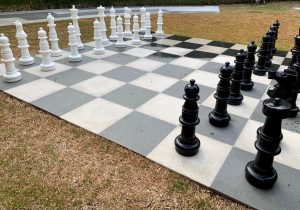 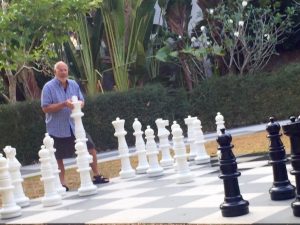 In the past several months he repeatedly sent me messages about people who continued their careers and lived and enjoyed life doing so.  I have worked with him for the better part of 22 years, we have never had an argument and we have never played chess.  We have lost friends, celebrated recovery and kept the faith.  People do recover.  I learned on Davids’ knee and pray that his vision for recovery will inspire generations.